Yesterday I read a post on the Internet Movie Database claiming that Chris Udvarnoky (seen above), who played the disturbed Niles Perry in one of my favorite films, Robert Mulligan's The Other (1972), had passed away. This is shocking and sad. I have been writing about a handful of Mulligan's films for the past two weeks and was just about to publish a piece on The Other this week.

At first I thought this rumor about Udvarnoky's death was a hoax--I hadn't read a single piece online confirming it, and even today I still have read nothing. But then a blogger in charge of a site known as The Raving Queen turned me to this obituary at New Jersey's Star Ledger website, which reads:

Christopher Udvarnoky, 49, died on Monday, Oct. 25, 2010, at Father Hudson House in Elizabeth. Services will be held at Memorial Funeral Home, 155 South Ave., Fanwood, on Friday at 11 a.m. Cremation will be private. Visitation will be Thursday from 2 to 4 and 7 to 9 p.m. at the funeral home. For additional information or to sign the guestbook, please visit www.fanwoodmemorial.com. Born in Flint, Mich., Chris lived most of his life in Westfield. He graduated from Westfield High School in 1979, and was employed as an X-ray technician with Overlook Hospital, and, more recently, Rahway Hospital. Chris was also a longtime member of the Westfield Rescue Squad. He was predeceased by his father, Charles, who died in 2002. He is survived by his mother, Edith D'Andrea (and her husband, John); his twin brother, Marty (and his wife, Debbie); his former wife, Laureen Del Priore, and his nephew and niece, Ryan and Amanda. Those who wish may make memorial contributions to the Polycystic Kidney Foundation (www.pkdcure.org).

The obituary does not mention The Other. 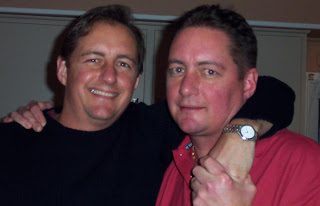 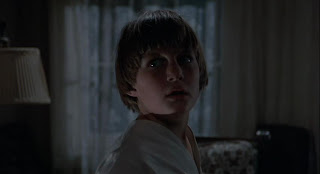 Chris Udvarnoky, RIP. You gave one of the most blistering child performances in the history of the American cinema. It's a performance that will haunt me for the rest of my days.

In honor of Udvarnoky's memory, and in honor of Mulligan's film as a whole (one of his best, in my opinion), I am going to have a piece published on The Other either today, tomorrow or Friday.

A reminder: The Other is going to be airing on Turner Classic Movies on Friday, October 29 at 2:00 AM, very early in the morning. Please do not miss it.