Having finally published a climatic dual piece on my two favorite Huston films, The Treasure of the Sierra Madre and The Man Who Would Be King, I can now officially end the John Huston blogathon--which originally was supposed to end on August 12, but I became so determined to published some pieces I hadn't been able to write by that deadline (and wanted to wait, also, for others who were late in their contributions) that I held out for another month. Has that ever happened before in the history of blogathons?

A week before the blogathon began, John Huston himself shot this introductory video wishing us well and hoping that we would do good in honoring his legacy and his 104th birthday. Well... coincidentally, I received this new video by Huston in which he determines whether or not the blogathon was a success! CHECK IT OUT, IF YOU DARE.

Before I repost the links to all of your contributions, I think it would only be appropriate for me to go out by making a list of the Huston films that I think are absolutely essential for any beginner. In my own order of preference, here are the films you must see in order to fully understand just how much of a master filmmaker he really was: 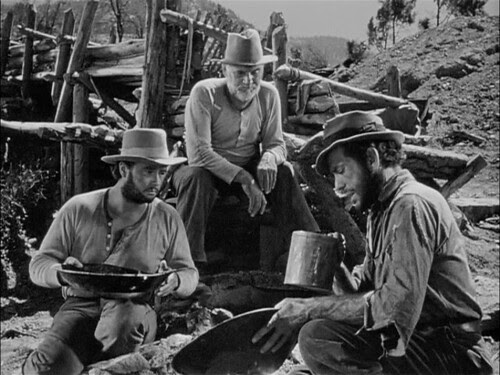 John Huston's masterpiece. A milestone in acting, writing, directing and everything else. The Treasure of the Sierra Madre is my favorite American film of all time. 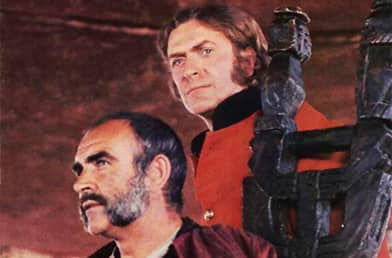 Huston made several more great films after Treasure, but this was the closest he ever got to the masterful qualities of that film. Sean Connery and Michael Caine have never been better than they are here as Danny and Peachy, and Christopher Plummer rounds out the already-impressive cast as the skeptical Rudyard Kipling, who regretfully shakes their hands goodbye as they embark on a dangerous quest to become kings of Karifstan. Had Kubrick's Barry Lyndon and Spielberg's Jaws not been released in the same year I would immediately declare this film the finest film of 1975... it's just so perfect. 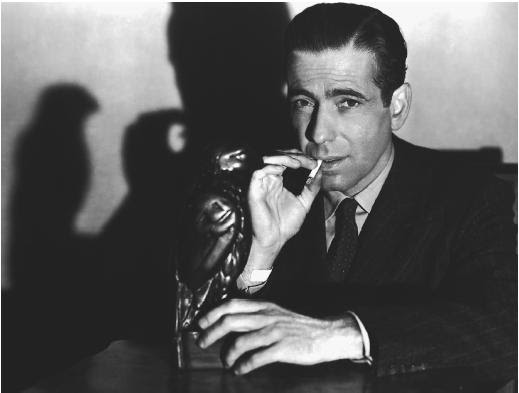 What else is there to say about The Maltese Falcon that hasn't already been said? It's the first great detective picture (and in some respects the best). It's pure film noir. It even gets better with repeated viewings; not until the third viewing, I don't think, can you truly understand the complexities of a protagonist like Sam Spade, and why, despite being a crooked detective, he won't give way to love and riches when having to choose between that and his obligations to the law.

The finest cinematic adaptation of a Tennessee Williams play there is. Huston takes Williams' story of four lost souls abandoned by God in Mexico--like iguanas--and makes it intensely personal and heartfelt, just barely managing a happy ending. The three primary actresses -- Ava Gardener, Sue Lyon, Deborah Kerr -- have a ball, especially Kerr, who steals the movie during an amazing scene in which she reflects back on her life of chastity. But it's Richard Burton's towering performance of the exiled Reverend Larry Shannon that carries the film's weight, resulting in one of the few star-studded films of the 1960's to emerge an actual masterwork.

There may be no heist picture out there, with the exception of Kubrick's The Killing, that even begins to approach the genius of The Asphalt Jungle. Huston had us somehow rooting for the antiheroes--the diamond burglars--because they all have human qualities that make us care about them in some fashion or another. Particularly Dix (Sterling Hayden), who doesn't want to use the money for any greedy advantages; he just wants to do what any Hustonian protagonist wants to do and get back home.

Brad Dourif IS Hazel Motes. He's a living, breathing motion picture reflection of Flannery O'Connor's warped fundamentlist: a man who wants to clean his country of the commercialized Christianity that had settled in while he was away fighting in the war, and--when that doesn't work--proceeds to attempt to turn himself into a holy martyr in the most horrific way possible. Definitely Huston's most chilling film.

For his final film, Huston, being ever-so-much a director with a penchant for adapting classic literature, chose to adapt Joyce's most honored short story. A Christmas party in early 20th-century Ireland is quickly exposed as the sad, fraudulent celebration that it is, as each of its participants is revealed to be a person who is unhappy, sinister, mentally unstable or simply a once-talented figure whose talents have now faded away. Not until the final fifteen minutes does it all come pouring out--in a way that I will leave for you to discover. I've only seen The Dead once, and I intend to keep revisiting it. It's a shell-shocking film, and a profound swan song for one of cinema's finest directorial careers. 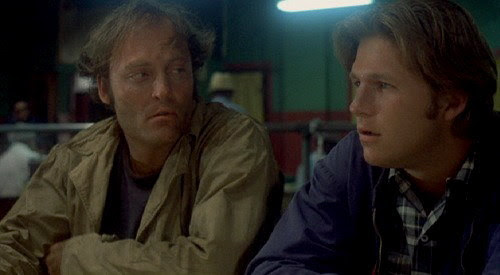 "How'd you like to wake up in the morning and be him?" asks Billy (Stacy Keach), observing an invalid Asian diner clerk who probably never had much of a life. "Jesus, the waste! Before you can get rolling, your life makes a beeline for the drain." Ernie (Jeff Bridges), sitting next to him, tries to look on the bright side: "Maybe he's happy." And then Billy pointedly observes, "Maybe we're all happy." These two men are at miserable crossroads in their lives. Billy is an aging boxer who has spent the last years working as a fry cook and as a ranch hand; his latest boxing match earned him barely over $100. Ernie is a teenager who tried but failed to be a boxer and has now settled down as a family man. Huston's rawest, harshest slice of Americana. 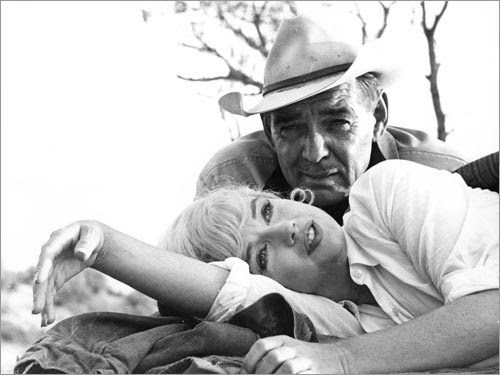 It's been awhile since I've seen this film, but I've seen it twice and have never forgotten how powerful it is. Both Clark Gable and Marilyn Monroe gave the best performances of their respective careers in this film. Arthur Miller's screenplay feels heavily flawed on a first viewing, and then somehow feels so, so dead-on on a second viewing.

Like The African Queen, it's a war story about two people of the opposite gender fighting to survive together, but unlike Charlie and Rose, the relationship between Allison (Robert Mitchum) and Sister Angela (Deborah Kerr) is never consummated. They're stuck on a desert island in the middle of WWII, and he loves her and wants her to be his wife; but she has already pledged her marriage to Christ. Frustrated by her refusal, he complains, "We don't belong to nothing but this island! We're like Adam and Eve, and this is the Garden of Eden!" For Huston, this was a variation on what Adam and Eve could have done right.

Honorable mentions to: The African Queen, Let There Be Light, Key Largo, We Were Strangers, Moby Dick, Freud, The Life and Times of Judge Roy Bean, Under the Volcano and Prizzi's Honor.

A handful of important Huston titles that I wasn't able to see in time for the blogathon, and am still seeking out: Moulin Rouge, The Red Badge of Courage, Reflections in A Golden Eye and The Kremlin Letter.

Here, now, is the complete list of every contribution that was submitted to the blogathon:

The Treasure of the Sierra Madre (1948) by John Greco

The African Queen (1951) by Ratnakar Sandasyula

The Committee for the First Amendment: Huston vs. the HUAC by Adam Zanzie

The Misfits (1961) by Tom of Motion Picture Gems

Reflections in A Golden Eye (1967) by Thomas Duke

The Mackintosh Man (1973) by Judy Geater

One More Look at John Huston

by Andreas of Pussy Goes Grrr

A Tribute to John Huston

Two Weeks Before the Blogathon

One Week Before the Blogathon

A Day Before the Blogathon

What is Your Favorite John Huston Film? Poll Results:


Many thanks to everyone who contributed. I would also like to extend my thanks to Professor Lesley Brill of Wayne State University, who helpfully proofread my piece on Heaven Knows, Mr. Allison and whose 1997 book John Huston's Filmmaking inspired my love for the filmmaker and enabled me to determine him as an auteur. I can't say it enough: get this book.

I could hold out for another month if I wanted to, but all blogathons must come to an end. Those with late contributions can still email me their links and I can always add them to the above list at any time for future reference, but as for my own dragged-out continuation of the blogathon I must declare, today, that I am officially done.

Thank you to everyone who helped make the John Huston blogathon a success.
Posted by Adam Zanzie at 6:15 PM