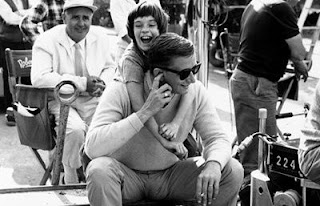 When I realized, last year, that one of my all-time favorite American filmmakers was the late Robert Mulligan, I became obsessed with wanting to find out more about him. From 1957 to 1991, he made at least a dozen great American movies before his death in 2008 at the age of 83. I was curious about that long gap between the completion of his final film, The Man in the Moon (1991), and the time of his death. I wanted to know why he spent the last 17 years of his life away from filmmaking, so I figured: Why not ask Miss Jean-Louise Finch herself? 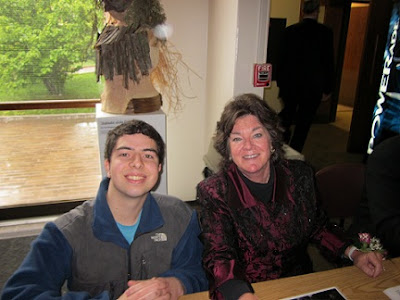 I was thrilled when I learned that Mary Badham, who played young Scout in Mulligan's To Kill A Mockingbird (1962), would be coming to my college on May 1, 2011. Most people, I figured, just wanted to be there to listen to her stories about Gregory Peck. I must have been the only person who wanted to hear her talk more about the filmmaking aspects of the movie.
I've spent all summer procrastinating on sharing the full details of that afternoon when I drove out to Meramec Community College, so to make a long story short I'll just stick to the important details. The event started out in the Meramec Theatre, with the Meramec Symphonic Band, conducted by Gary Gackstatter (pictured above), performing the theme from The Great Escape (because the late Elmer Bernstein once insisted to Gackstatter that no matter what Bernstein themes the Band performed at various concerts, they had to perform that amazing Great Escape theme). Then the Band quietly segued into the true purpose of the event: to perform Bernstein's lovely Mockingbird music, from beginning to end.

Sometime after Mary Badham came onstage, she told a story to the audience that I absolutely cherished. Mulligan was quite the chain-smoker, and could rarely ever be found without a cigarette on his sets. On the Mockingbird set, a bit of mischief swirled when young Philip Alford (who plays Jem in the film) began secretly putting out Mulligan's cigarettes with water. This happened for a while until Mulligan began to catch on as to who was committing the sneaky deed. 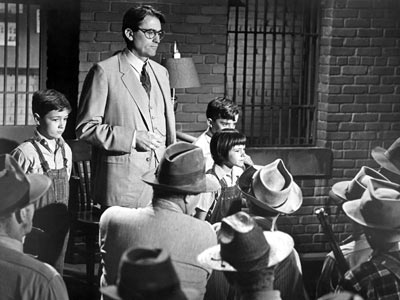 Then, on the day the crew began filming the scene by the jailhouse (when the kids flank Atticus Finch from the angry mob), Mulligan gleefully turned the tables on Alford and the rest of the kids. Once the scene was finished, Mulligan quickly whispered to Gregory Peck that he step aside. Before the kids could react, a bucket of water on top of the jailhouse was dumped forward and Alford, Badham and John Megna (aka Dill) were all completely soaked! 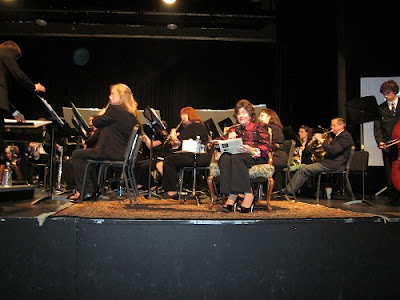 We watched clips from that making-of documentary that's now on the film's DVD, and we listened to Badham's stories about the production (she still refers to Gregory Peck as "Atticus" to this day). As icing on the cake, she finished by reading from Scout's final monologue in the book. At one point, I recall conductor Gackstatter telling the audience about just how much he loved To Kill A Mockingbird in general: "I can't name a better movie. I can't name a better book."

Forgive me for bursting the bubble here momentarily, but I feel like I ought to express how I, personally, feel about such a broad statement. As one who's reviewed To Kill A Mockingbird in the past, I couldn't help but wince at this dubious praise for Mockingbird as being the best of all books, the best of all movies. Hell, Mulligan himself made a handful of movies that, I might argue, were better: The Stalking Moon (1968), Summer of '42 (1971) and The Other (1972), for example. 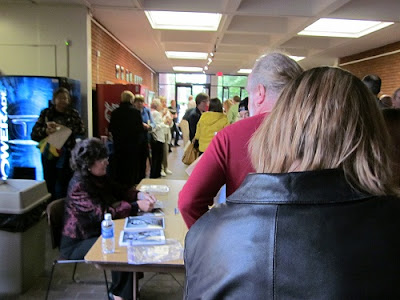 That's just me going on a rant, though. A rant that will probably have to be saved for another day, and another Mulligan-related discussion. To wrap up my memories of this particular event, I'll get to the best part. After the concert ended (and, I tell you, I almost didn't want it to end; I can't get enough of Bernstein's Mockingbird score), many of us lined up outside the lobby to meet Badham. As I neared the table, I discovered, to my dismay, that autographs were $20. Here, then, was when I learned the sad truth about retired actors/actresses: this is how many of them make their living. Not that I wanted Badham's autograph; I wanted a picture taken with her, since I've always preferred pictures. Since I didn't want to look like I was planning to walk away with a free lunch, however, I went ahead and planted my $20 bill on the table and asked somebody in line to snap a pic for me.

Of course, I needed just one more thing. I felt awkward doing this, but I lowered myself to Badham's level (since she was sitting down), told her I was a huge fan of Mulligan and asked her if she knew why he left Hollywood after 1991. She showed an expression of uncertainty on her face as I was asking this. Which, I'm sure, is a natural reaction: Why the %#@& is he asking this question to me, of all people?

Admittedly, as I expected, she couldn't give me a definitive answer. Part of it might have been because there was a long line of people there, and she hadn't the liberty to give too much thought to the matter during that moment. Part of it could have been that she simply didn't know. Still, she gave me an answer of some kind: 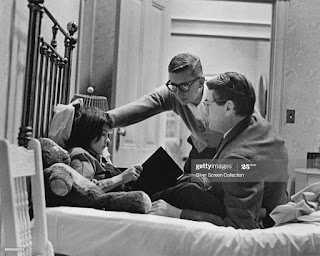 "I think he was just done with the business," she said, "and wanted to live a quiet life."
Posted by Adam Zanzie at 11:00 AM