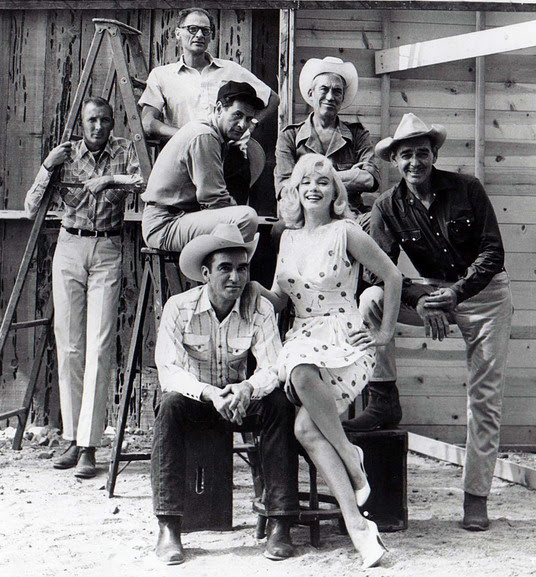 by Stacia of She Blogged By Night

"John Huston was told by the studio to tone Bette down. Huston refused. He was fascinated by Bette's performance and knew she had it under control. At the same time, Huston balanced Bette by focusing on the meeker sister in closeups and making sure to include at least 2 actors in every shot. There is very little back and forth editing from face to face during discussions, and Bette's performance really does work well in the context of a typical Huston ensemble piece. But Bette wasn't happy with the movie. She had been sick during the filming, catching the same virus that made her husband violently ill and exacerbating it with overwork and long hours. She didn't like ensemble pieces and several at WB claimed she was livid because de Havilland got all the closeups, although Bette liked and respected de Havilland, so her jealousy may be more anecdotal than anything."

by Andreas of Pussy Goes Grrr

"Let me comment on the intriguing relationship between man and nature in The Treasure of the Sierra Madre. This is one of Huston’s great obsessions; he was, after all, an avid outdoorsman. After Dobbs thinks he’s killed Curtin, we get this great moment where he’s searching for Curtin’s body, and it’s not there. He concludes that a tiger must’ve dragged it away, and then remarks with awe, 'Done as if by order!' In this film, it’s always uncertain whether nature is working in tandem with the men, against them, or just randomly. The dust storm that consumes the gold would imply an antagonistic relationship, but it also recalls the conversation when the men are leaving the Sierra Madre itself. 'You talk about that mountain as if she was a real woman,' says Curtin, and Howard replies, 'She’s been a lot better to me than any woman I ever knew.'"

So much great stuff has been contributed to the blogathon so far. And I know for a fact that there's even more excellent submissions ahead: Kevin J. Olson is considering writing up on either Under the Volcano or Prizzi's Honor; Sam Juliano is planning a write-up of The Dead; Chris Z. of Greece is in the process of posting an English translation of The Maltese Falcon up on his website; Alexander Coleman expressed interest back in June on writing something on The Kremlin Letter; and my good friend Ryan Kelly has decided to write a piece on The Man Who Would Be King.

In case any of you are struggling with choosing a topic for the blogathon, it might be helpful to inform you of what hasn't been written about yet: still nobody has submitted anything on Key Largo, The African Queen, Reflections in A Golden Eye, The Night of the Iguana, The Life and Times of Judge Roy Bean, or Fat City. As for myself, I'm currently in the process of writing a piece on my new favorite Huston film: Heaven Knows, Mr. Allison (1957). In my opinion, it is one of his lesser-known masterworks, so I will try my very hardest to do some justice to it.
Posted by Adam Zanzie at 3:25 PM